After the success of last year, the second edition of the Euro Mediterranean Journalism Institute was held in Athens from September 29th until October 7th. The Institute lasted for one week and counted with the representation of 45 participants coming from 22 different countries. It was co-organized by Greek Association for Atlantic and European Cooperation and The Fund for American Studies; under the auspices of the Greek Secretariat General of Information.

Following the success of the first edition, the Institute curriculum emphasized on the way of perceiving the role of a free press in promoting the values of a free society and accurately reporting on international, political, and economic conflicts.

The program took place in the City of Athens. The participants were accommodated in a 4 star Hotel located in the heart of the city. It provided the students with comfortable accommodation, an excellent conference room, a pleasant buffet restaurant with healthy Mediterranean food and great access to the city; the hotel was considered to be a very suitable place to perform a program of this nature.

Taking advantage of the academic background developed during the courses, the participants were able to carry out activities on a professional level held in the Greek Secretariat General of Information and the Hellenic Parliament. Both visits included Presentations, Press Conferences and Discussions with significant speakers and panels.

The second Panel developed on the problematic of “Fires in Greece, the Economic, Political, and Environmental Aftermath. It was composed by Mr. Efstathios Sagias, Forest Engineer, retired Director, Ministry of Agriculture, Mr. Petros Katsakos, ERT Journalist covering the fires at the time, and Mr. Spyros Spyridon, Secretary General of Western Greece. All the panels were moderated by Mr. Theodossis Georgiou, Chairman of the Greek Association for Atlantic and European Cooperation 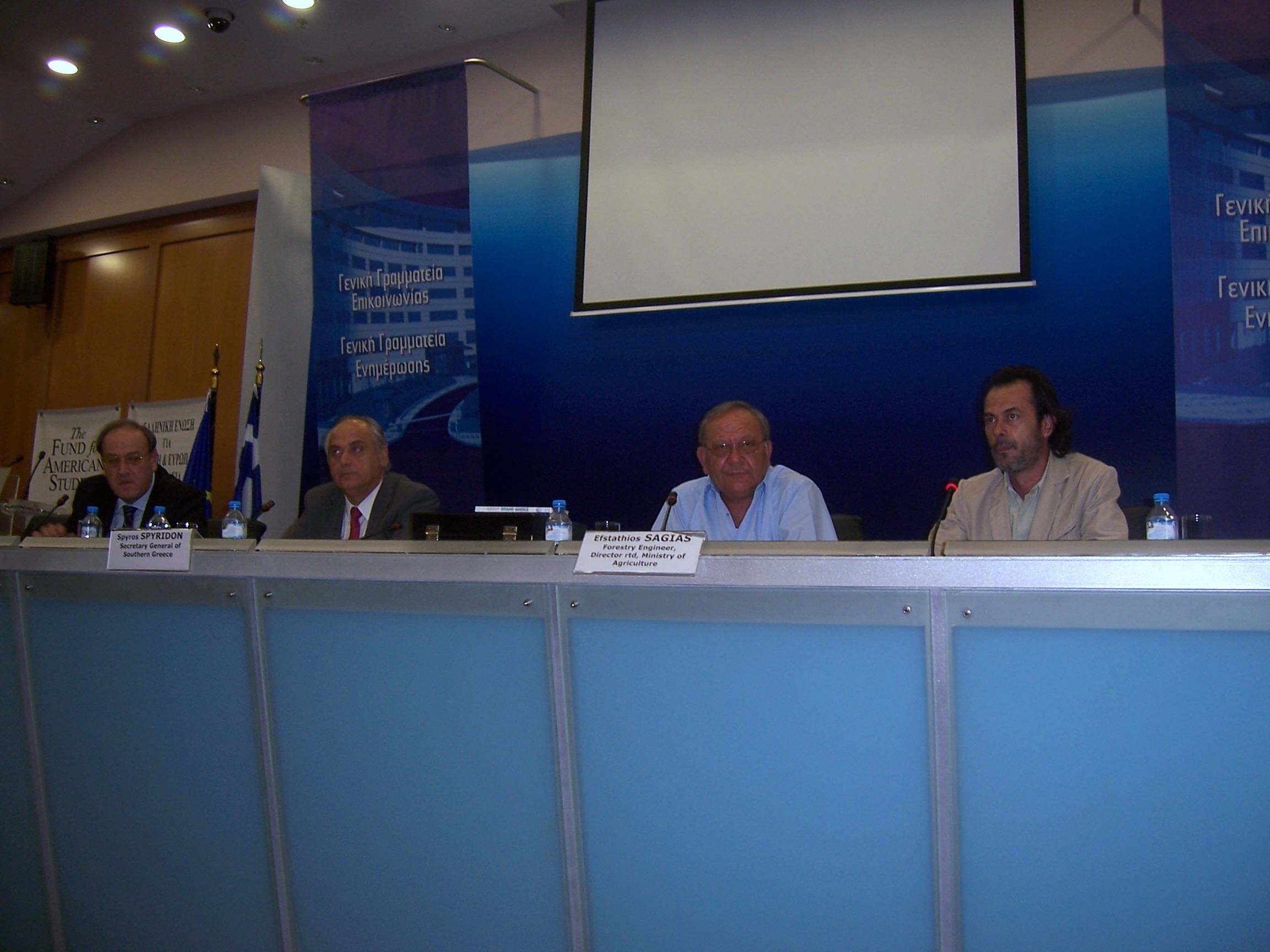 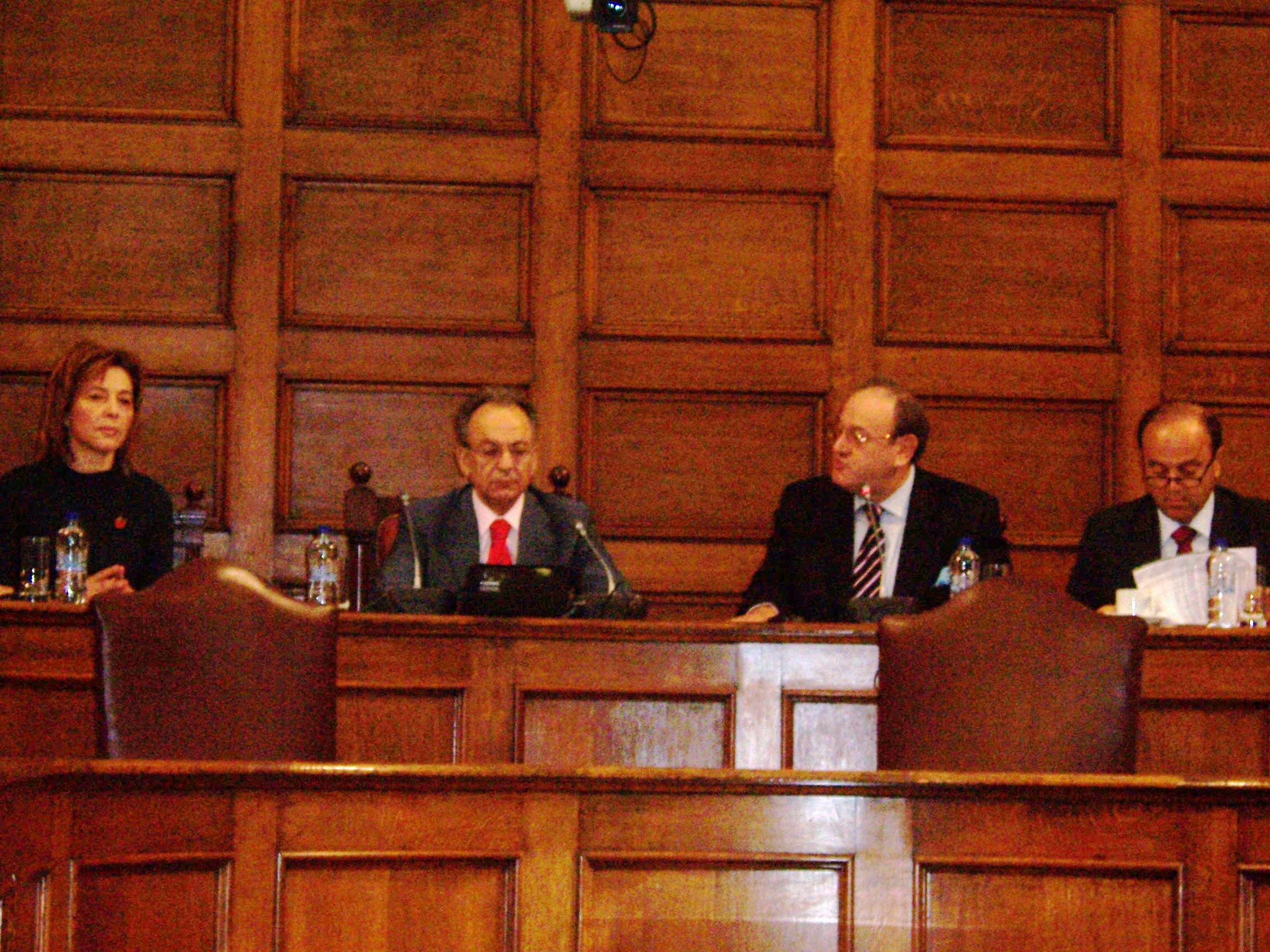 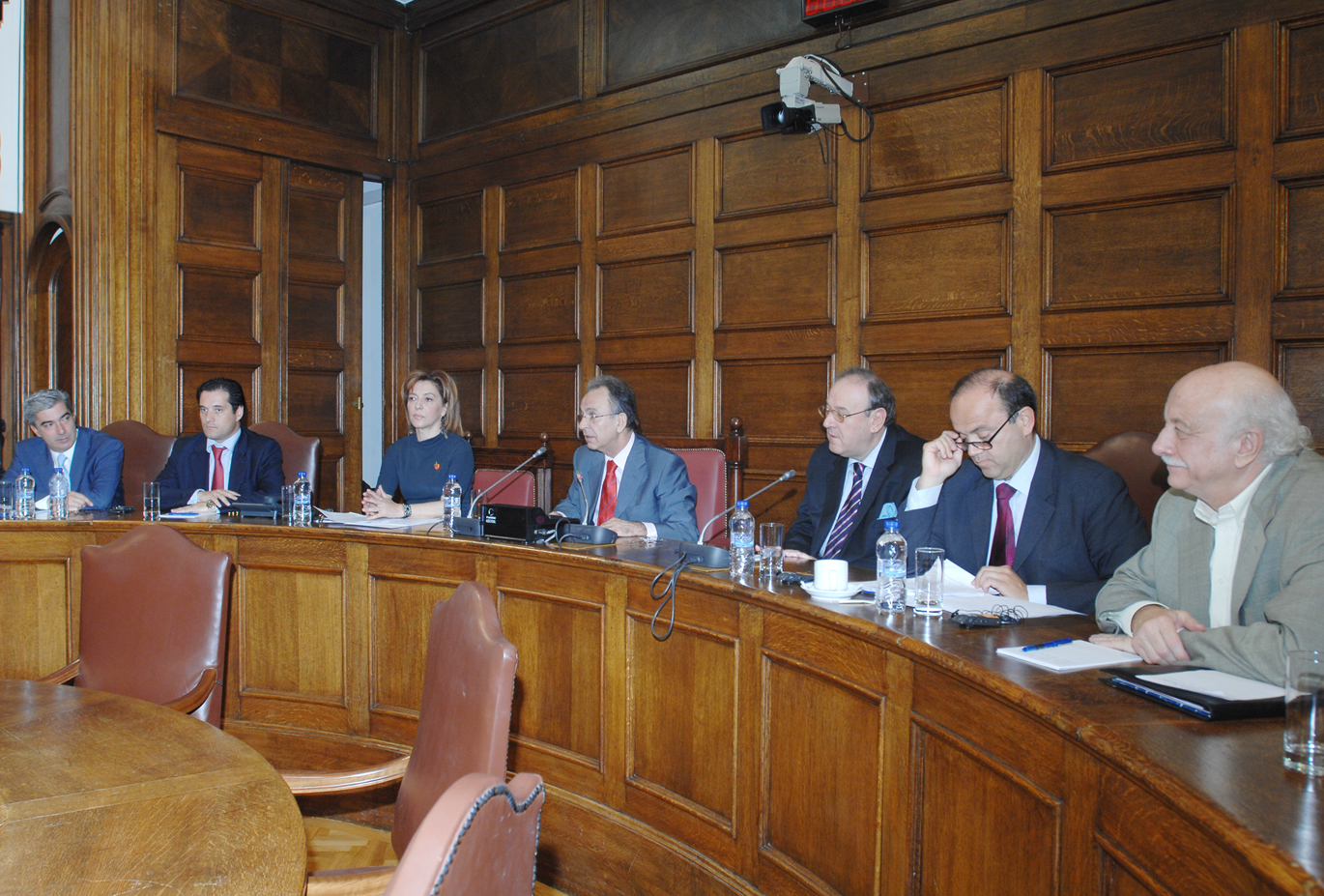 In the Hellenic Parliament, the students had the possibility to visit the senate room, having a welcome presentation by the Speaker of the Parliament, Mr. Dimitrios Sioufas. A productive discussion with government and opposition parties’ members followed; Mr. Savvas Tsitouridis and Mr. Simos Kedikoglou representing New Democracy; Mrs. Sofia Giannaka from PASOK – Panhellenic Socialist Movement, main opposition party; Mr. Giannis Banias from SYRIZA – Coalition of the Radical Left; and Mr. Adonis Georgiadis from LAOS – Popular Orthodox Rally. After the end of the session the participants were offered a special- guided insight of the Parliament.

The Institute’s schedule embraced a cultural dimension aiming to familiarize the participants with the country’s history; thus, promoting strong friendship bonds and the construction of a future professional network of sharing common work experiences and interests.

In so doing, a visiting tour of the Acropolis was organized followed by a pleasant lunch in the historical area of Plaka, where the participants had the opportunity to enjoy traditional Greek cuisine. 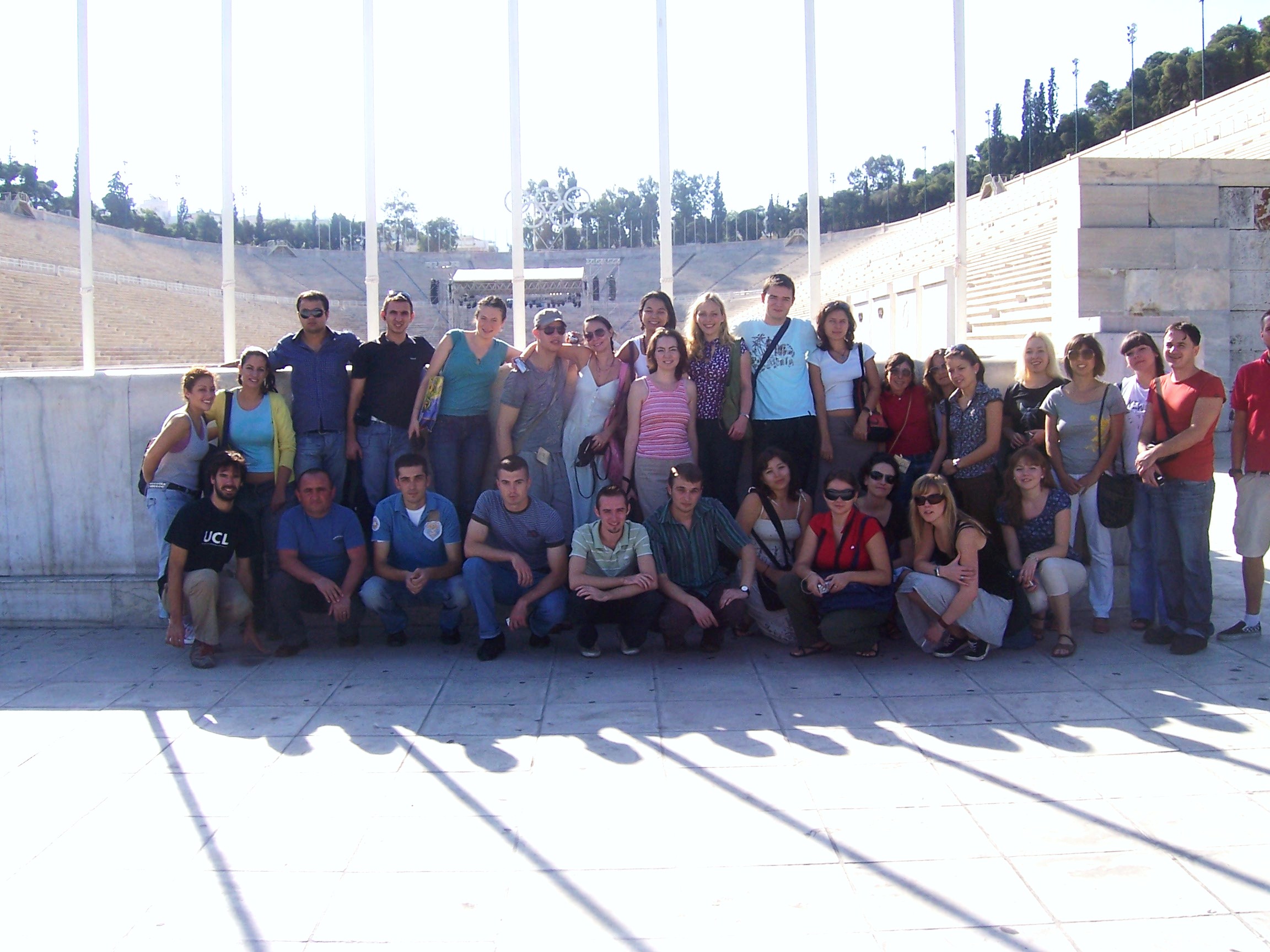 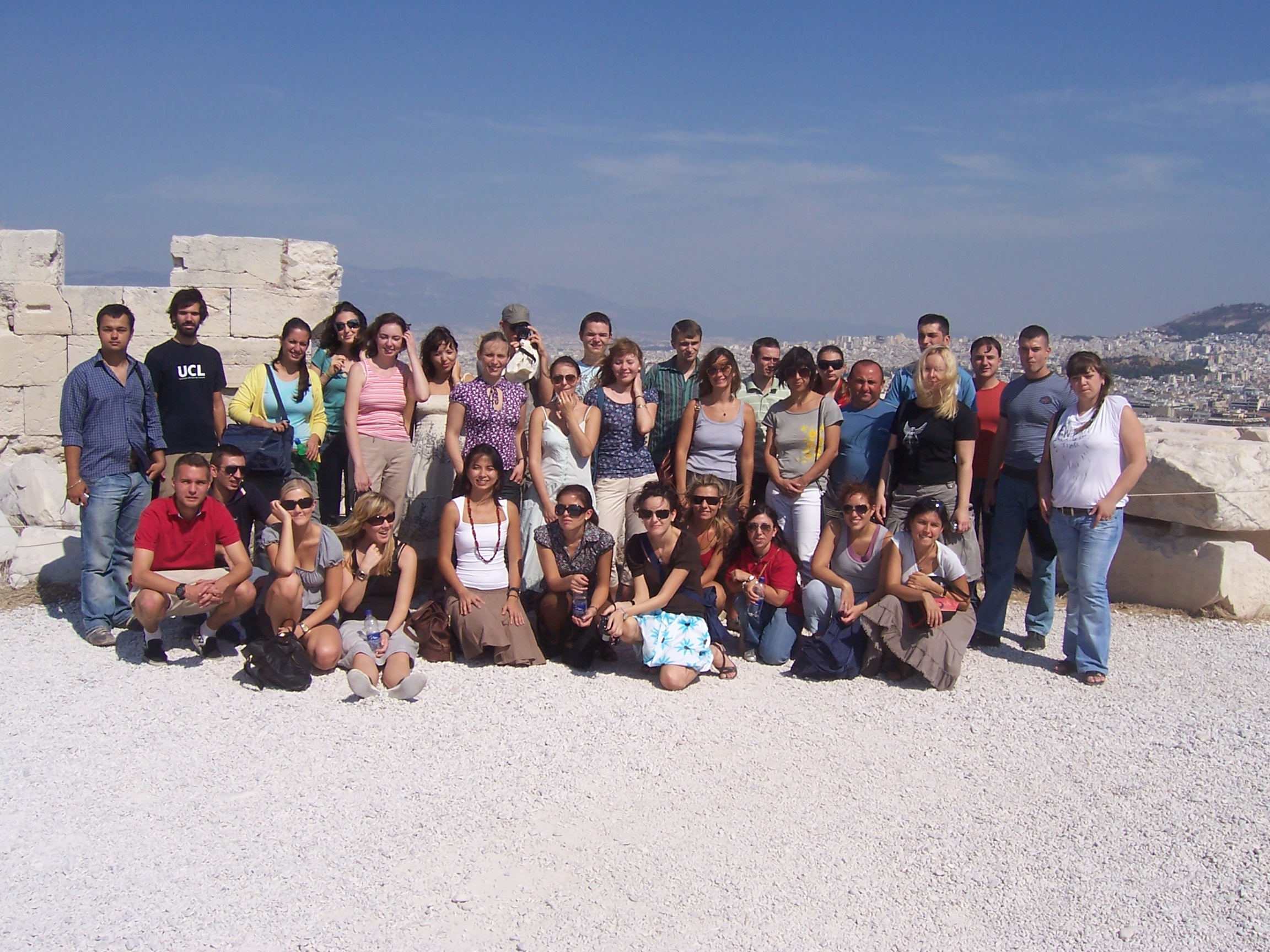 At the end of the program the students were awarded of participation diplomas, during a formal commencement ceremony. The ceremony took place in the Athens’ Club initiated with open remarks by Mr. Theodossis Georgiou, Chairman of the Greek Association for Atlantic and European Cooperation, as well as, professional and career advices by the Greek journalist Mr. Athanassis Ellis, Greek correspondent in Washington, D.C. Selected students were asked to give their personal testimony to the audience. The ceremony concluded with the Diploma delivery led by Ms. Michelle Jeffress, Director of Programs of The Fund for American Studies. The end of the program indicated the beginning of their participation to an already vast international alumni network.

The general overview about the EMJI program is that endows young journalists with an important academic background, fruit of the experience of the Professors and guest lecturers. It is adequately complemented with practical experience, including Political Press Conferences and Presentations by notorious panels that would otherwise be very difficult to obtain by young journalists. The visiting tours of Greek Media references offered the participants a coherent perception of the way that journalism works in Greece. The dinners and receptions were also an important component in the sense they could practice informal contacts with Diplomats, Politicians and other keynote figures. They were able to create a diversified international network, very important to the field of the current journalism. They shared their experiences and opinions, both professional and academic, and got in contact with the reality of journalism in different countries and cultures. The success of the first two editions guarantees the program’s continuation in the long term. 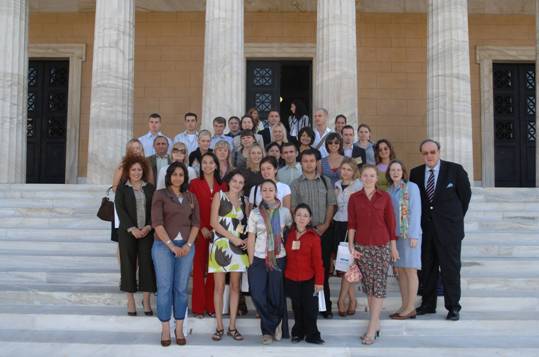