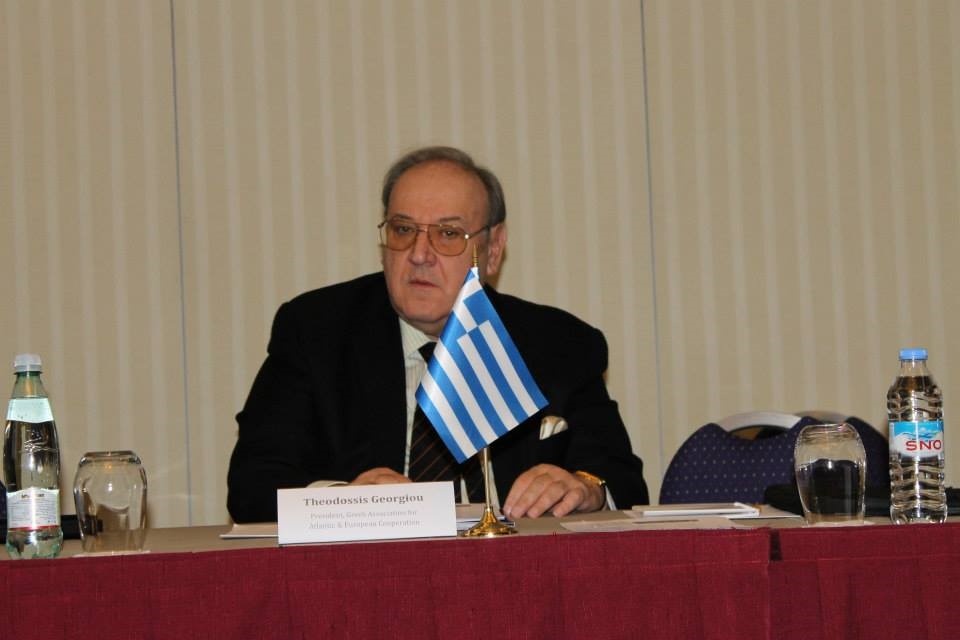 Mr. Theodossis Georgiou, President of the Greek Association for Atlantic and European Cooperation, came back from Tbilisi, Georgia, yesterday, where he participated in the NATO Advanced Research Workshop "The Protection of Critical Energy Infrastructure Against Emerging Security Challenges", organized by the Atlantic Treaty Association and Atlantic Council of Georgia, supported by NATO Science for Peace and Security Programme. 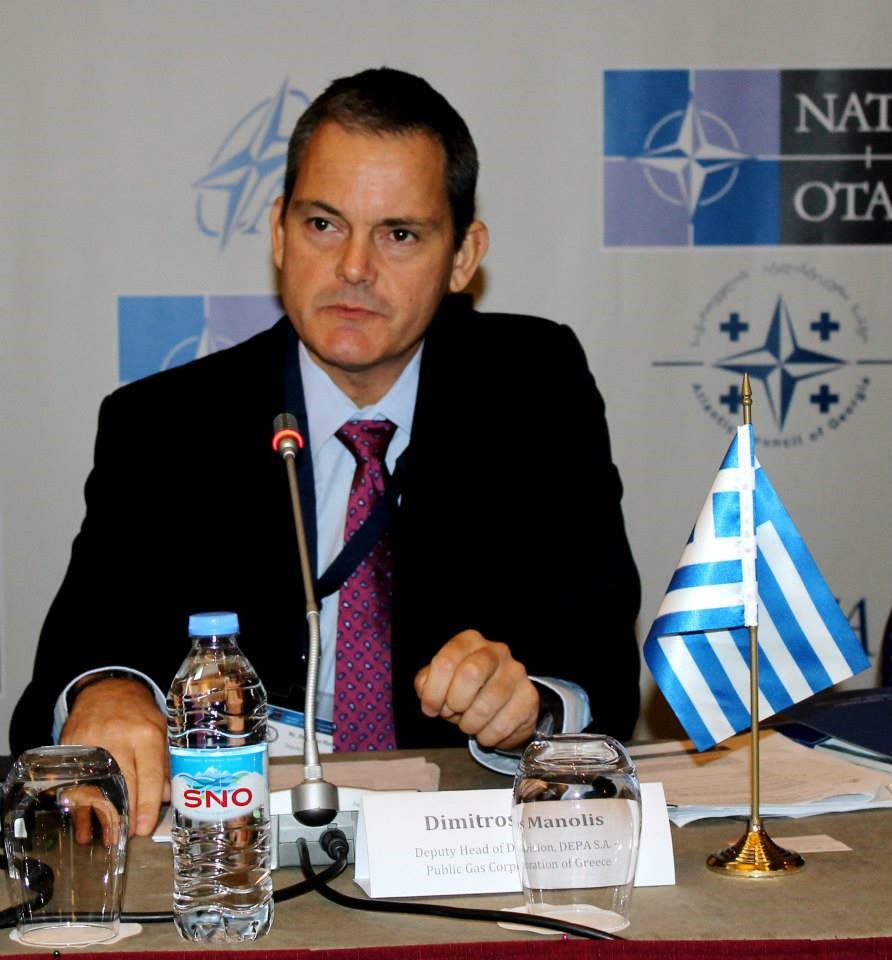 The Workshop was attended by many Members of the Georgian Government and other distinguished guests both from Georgia and abroad. From Greece, besides Mr. Georgiou, another guest has been invited, representing DEPA Gas Corporation, Mr. Dimitris Manolis, International Projects, Deputy Division Head. DEPA Gas Corporation is a supporter of the work of GAAEC. Mr. Manolis gave a very interesting presentation on gas energy; the important roles of DEPA and Greece in terms of security of supply and gas market in South-Eastern Europe. According to Mr. Manolis, Greece is well prepared to transit gas from the Caspian, the Middle East and Eastern Mediterranean to Europe through TAP and ITGI pipelines. DEPA supports these projects and is at the same time focusing on a diversified and competitive gas supply mix to exploit them to the benefit of the regional market. Moreover, Mr. Manolis assured that DEPA is committed to contribute to the efforts for the development of the necessary infrastructure and those market conditions, which are necessary for the achievement of an integrated market in South-Eastern Europe. 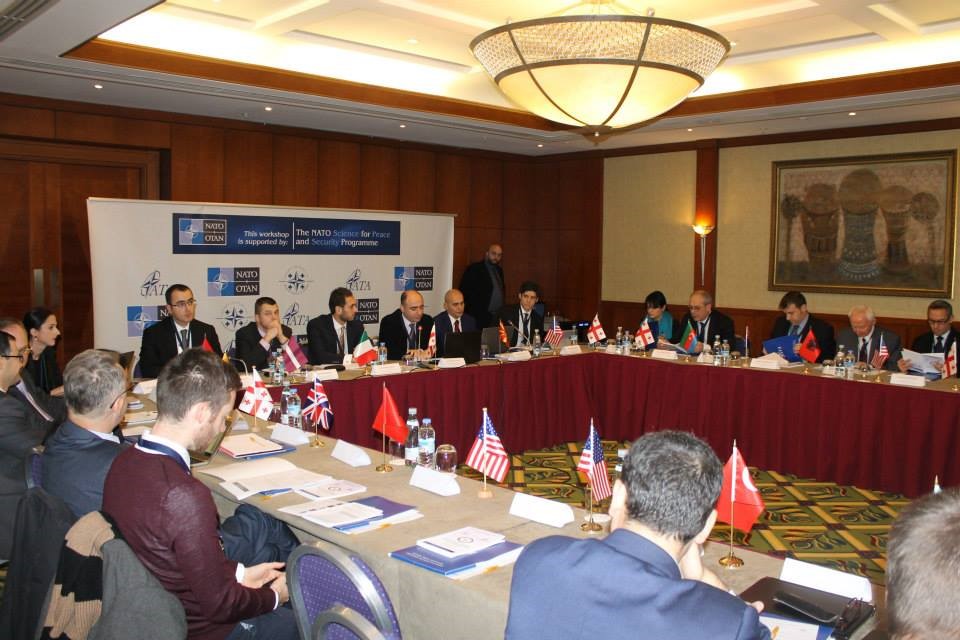 As the most senior participant from ATA, Mr. Georgiou greeted participants of the workshop during the formal dinner and thanked the Ambassador Mr. Vasil Sikharulidze, President of Atlantic Council of Georgia, former Minister of Defense, for his great contribution to the Trans-Atlantic map road of Georgia. Also, Mr. Georgiou recalled his first meeting with Mr. Sikharulidze and other Georgian Personalities in order to establish the Atlantic Council of Georgia, on September 11th 2001, a crucial day for the world. 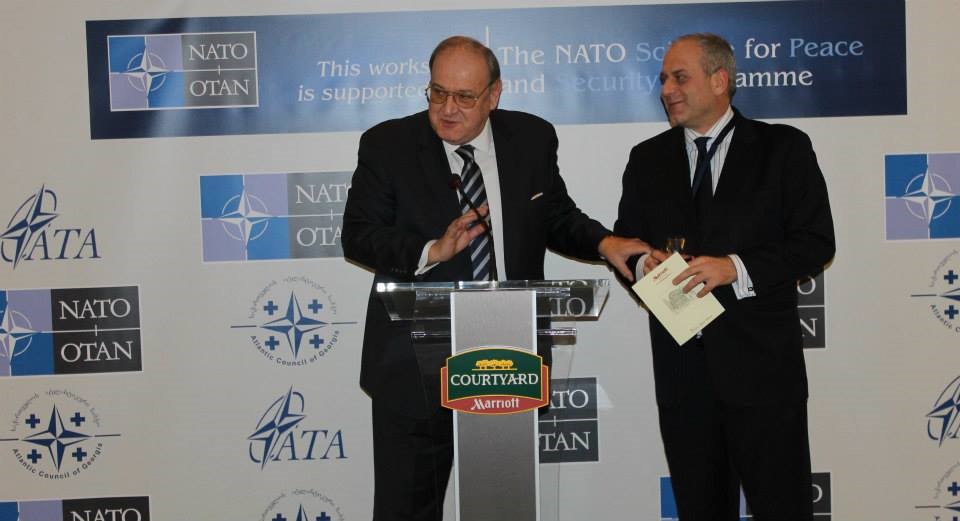 Meetings With Universities And Other Institutions 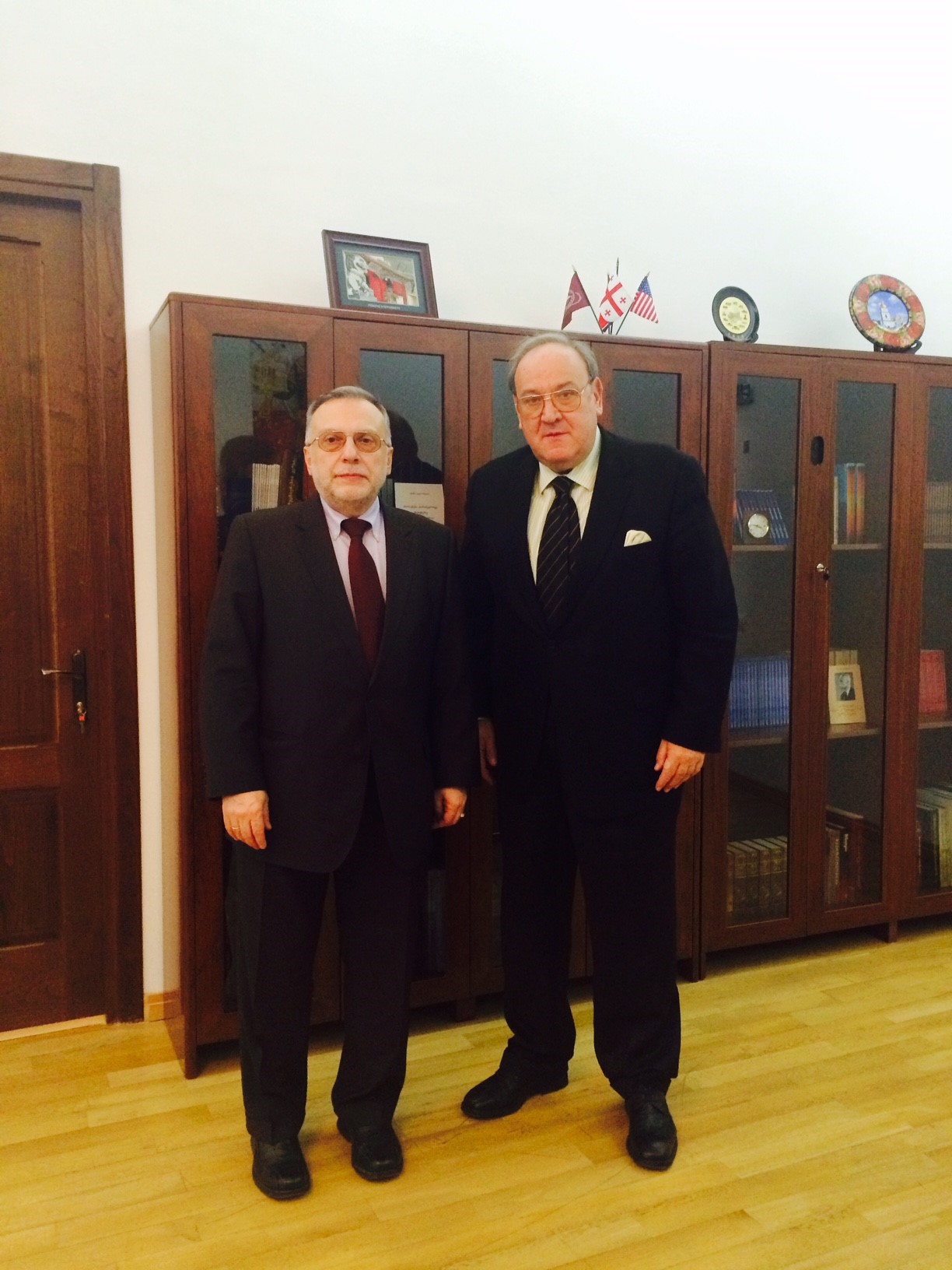 During his visit to Tbilisi, Mr. Georgiou visited many universities and other educational institutions on the way to inform them about GAAEC and educational center of TICLS, laid foundations for and examined possibilities for future cooperation and opportunities for professors, experts and students to come to Greece for study programs.

Mr. Georgiou also paid a visit to the Greek Embassy to meet His Excellency Mr. Eleftherios Proios, and discuss with the Ambassador possibilities of cooperation, opening space for and building the bridge between the world of diplomacy and future students of The International Center for Leading Studies.

Mr. Georgiou had a meeting in the Ivane Javakhishvili Tbilisi State University with the Rector Academician Vladimer Papava and Tea Gergedava, Head of Department of Foreign Relations of the oldest University in Georgia and the biggest in the whole Caucasus region. They examined the possibilities the Ivane Javakhishvili Tbilisi State University could be one of the partners of TICLS in educational programs. In the same university, he visited the Institute of Classical Philology, Byzantine and Modern Greek Studies and met with the Head of the Institute and Member of the Georgian Academy of Sciences Professor Rismag Gordeziani, as well as many other Professors of the Faculty. 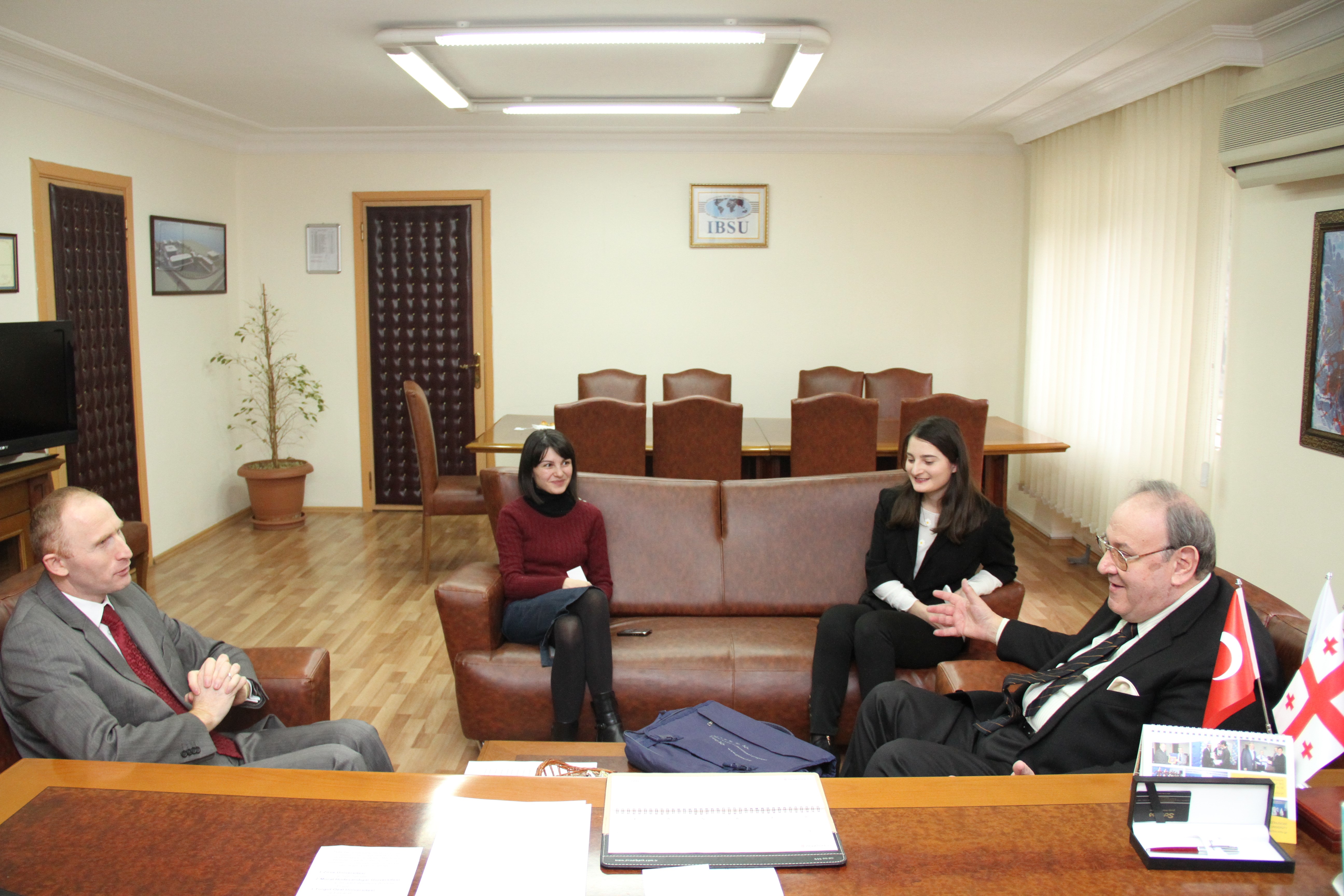 Mr. Georgiou also gave a lecture for more than 60 students, in which he spoke about GAAEC and TICLS programs and answered many questions from students about the political and security situation in Europe and the Caucasus. 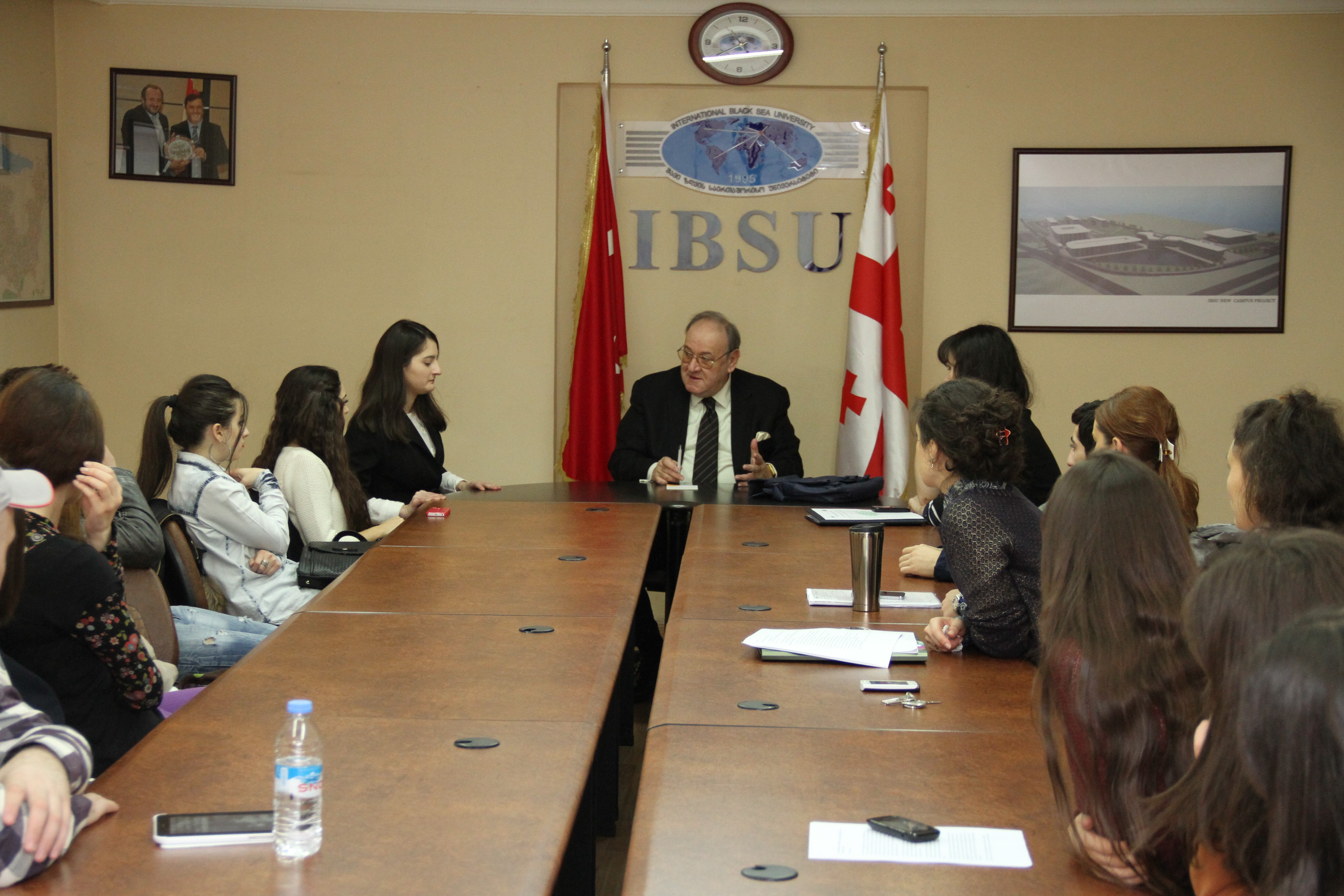 As it is already a tradition to meet Alumni of our programs, Mr. Georgiou met Alumni of this year's The International Academy for Advanced Studies, Ms. Nino Samkharadze and Mr. Gigisha Kalandadze, student of the University of Georgia.

Moreover, Mr. Georgiou was invited for a meeting by Alumna from 2002, Ms. Ketevan Bochorishvili, who now has a position of Deputy Minister of Economy and Sustainable Development of Georgia. They had a working dinner, in which they explored possibilities for students and experts from Georgia to come to Greece.

Additionally they had specific discussions on issues of the fields of the Deputy Minister, that is tourism and medium and small enterprises and possible cooperation with relevant Greek authorities. Mr. Bochorishvili also accepted the invitation for Chania-Med Forum 2015 for next July to be a speaker on the panel on economy.