Between November 4 and 6, 2014, the Hellenic Delegation to the NATO Parliamentary Assembly and its Head, Mr. Evripidis Stylianidis, MP, former Minister, organized a conference with the Mediterranean and Middle East Special Group and the Sub-Committee on NATO Partnerships of NATO PA in the Hall of Senate of the Hellenic Parliament. 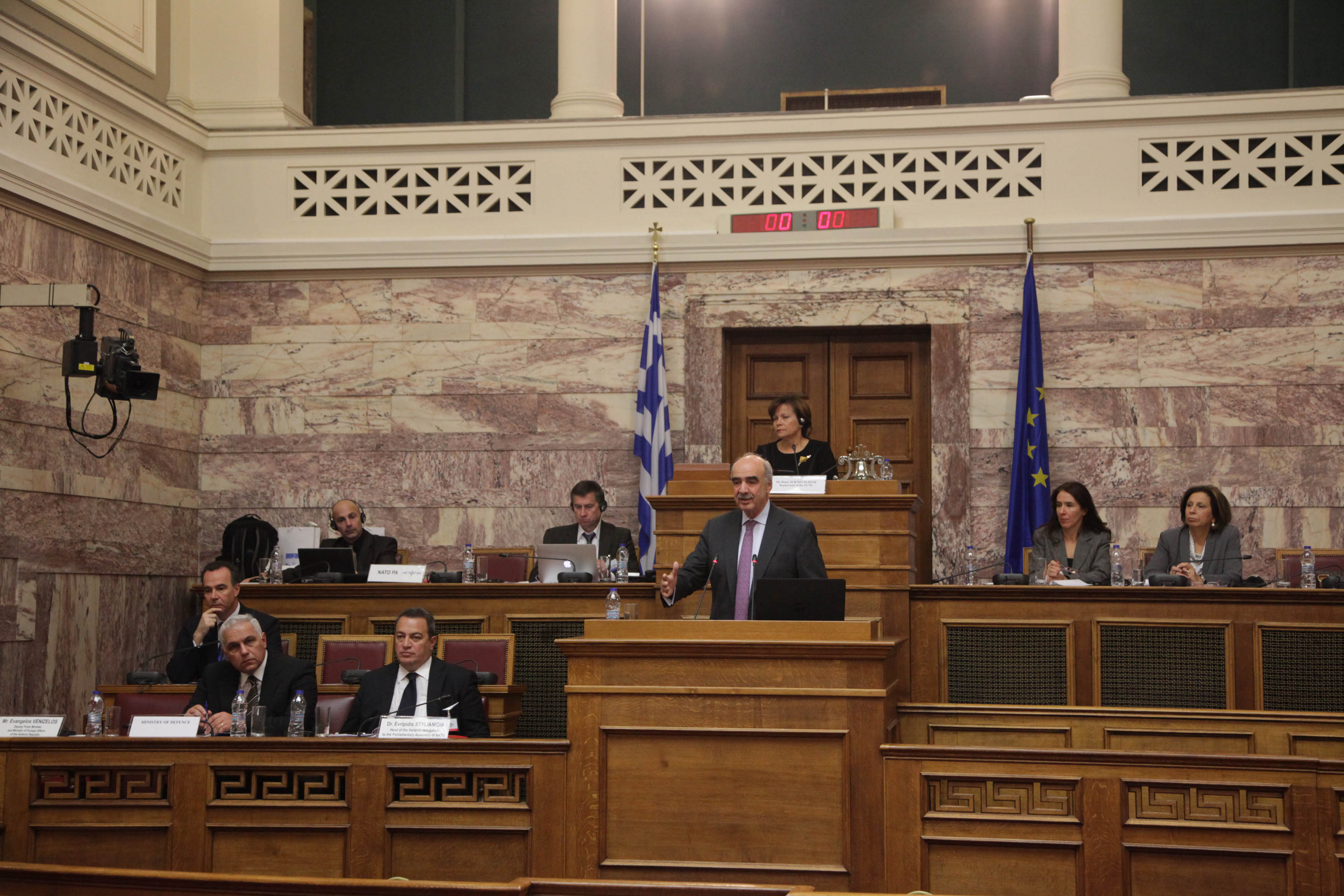 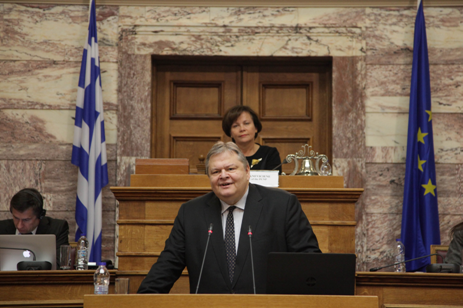 The Speaker of the Hellenic Parliament, Mr. Evangelos Meimarakis, the Deputy Prime Minister and Minister of Foreign Affairs, Mr. Evangelos Venizelos, the Minister of Public Order and Citizen Protection, Mr. Vassilis Kikilias, and other Political Personalities and Experts, introduced a wide agenda of issues, from the development of the MENA region, foreign and security issues, as well as issues on economy and energy security. Problems of migration were also a subject of introduction and discussion.

The conference was chaired by the Vice-President of the NATO Parliamentary Assembly, Dr. Karl Lamers, also a President of the Atlantic Treaty Association. In addition, Mr. Evripidis Stylianidis, the Host of the event, played an integral role on presentations and discussions. 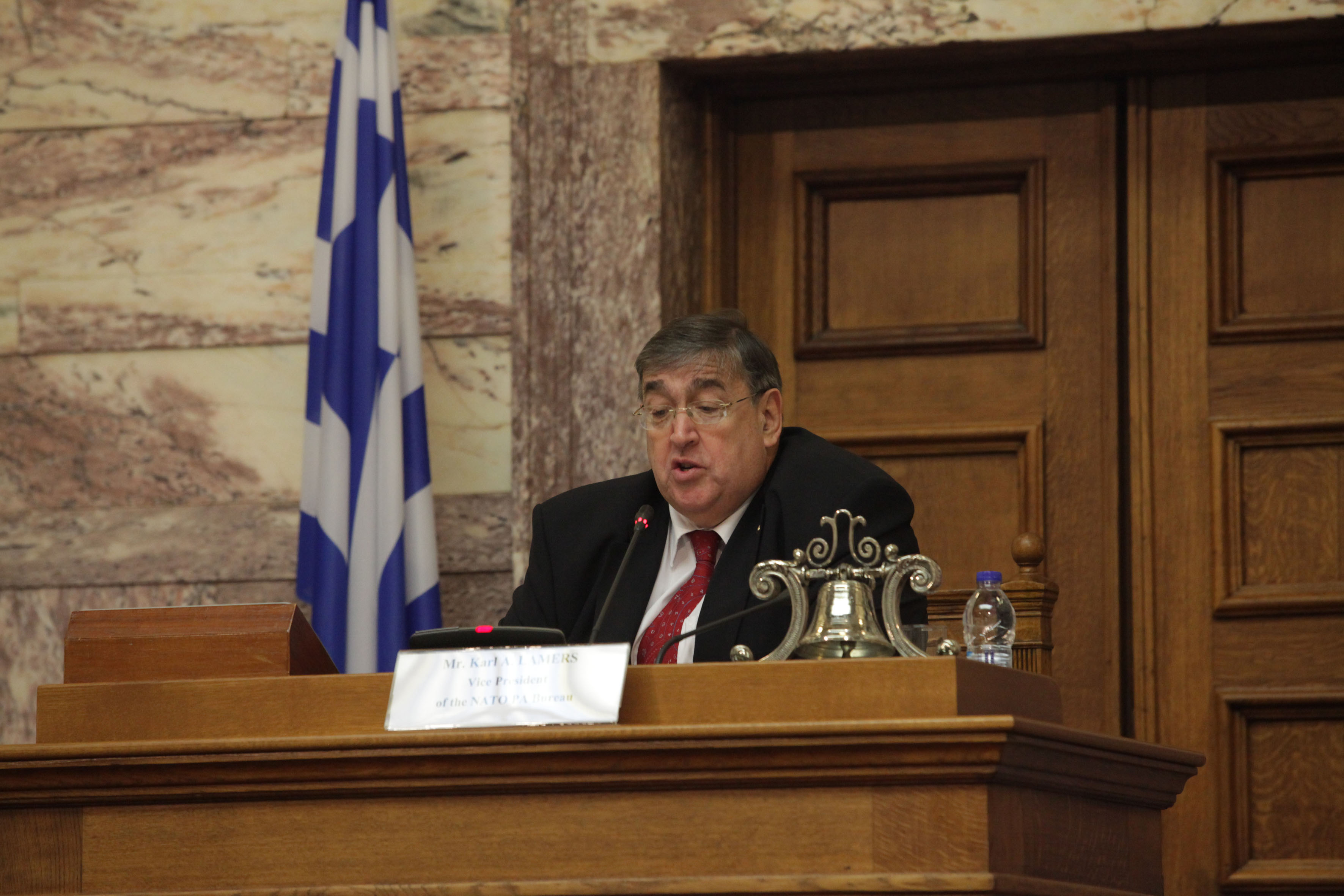 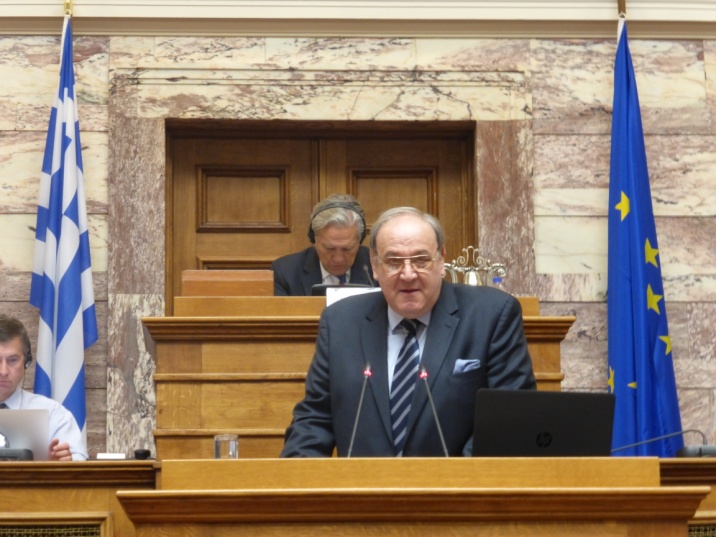 In his intervention in the closing session, Mr. Georgiou presented the role that ATA has played in the last 60 years and pointed out the contribution of Atlantic Associations to spread the message of the Alliance to the public through information, education and transparency. He also added that with these efforts, ATA contributes to the public support, which is essential to provide legitimacy for the Alliance.

On the other hand, Mr. Georgiou informed the audience about the efforts of ATA to establish Associations, or even antennas in the Mediterranean Countries, something that is very productive to eliminate the misunderstanding and mistrust between the Mediterranean and the Alliance partners.

The meeting was attended by a lot of Parliamentarians from all NATO countries.

The Speech (in Greek) by Mr. Evangelos Meimarakis, Speaker of the Hellenic Parliament: here

The Speech by Mr. Theodossis Georgiou, President of the Greek Association for Atlantic and European Cooperation: here