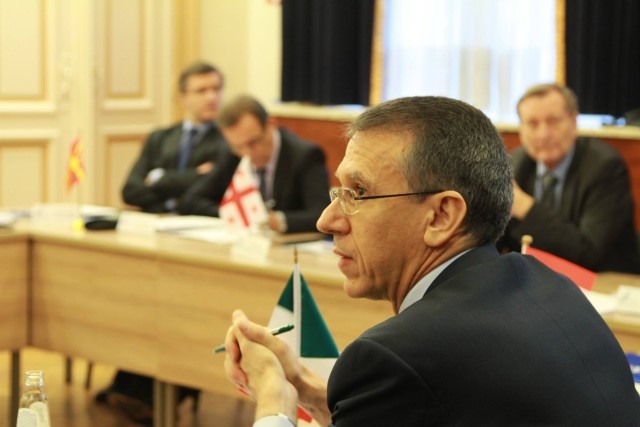 At both events, the Greek Association for Atlantic and European Cooperation, was represented by the President Mr. Theodossis Georgiou.

ATA embraces the Atlantic Committees from all NATO member states and partners. The General Assembly adopted a number of initiatives, including a program of strategic communication on Atlantic security issues and of training for civilian and military personnel in Ukraine and Georgia. The strengthening of cooperation activities with countries in the Mediterranean and the Gulf has also been foreseen. "The return of an Italian representative to the ATA leadership is a significant acknowledgement for the international cooperation programs conducted by the Italian Atlantic Committee on security issues in the Balkans, the Mediterranean and the Middle East", Luciolli noted (ANSA).

GAAEC fully supports the election of the two gentlemen and Mr. Georgiou would like to congratulate them and wish fruitful work to the benefits of our common goals. 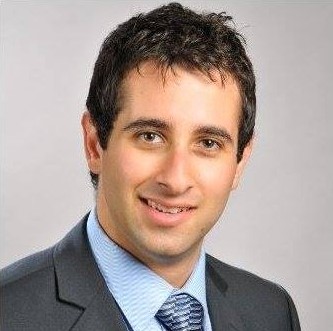 Jason is a young professional from Canada, and it is the first time that a Canadian citizen is the Secretary General of ATA.

GAAEC supports his nomination in the late May 2015 in the ATA Council Meeting in Budva, Montenegro. Mrs. Maria Karaklioumi, a Member of Political and Educational Committee of GAAEC, got a majority of votes in the last year elections, however the election was postponed for the year 2014 and so Maria did not participate again, because of her other priorities and she herself supported Mr. Wiseman.

Mr. Georgiou told the New Secretary General that despite his age, he is very promising and said: "I am confident that you will walk in the steps of and the legacy of the Great Secretaries General of our Atlantic Treaty Association, such as Dr. Antonio Borges de Carvalho and the late Ambassador Alfred Cahen."

Jason Wiseman has been with the ATA Secretariat since 2012 and worked as a National Security Analyst with the NATO Council of Canada from 2011-2012. He holds an MA in Government with a Specialization in Counter-Terrorism and Homeland Security and a BAH in Political Science. His areas of expertise include Counter-Terrorism, State Failure and Transnational Organized Crime.

Between the 1st and the 4th of December, Mr. Theodossis Georgiou, President of the Greek Association for Atlantic and European Cooperation, attended the 20th International EuroDefense Conference "CSDP: Success and Challenge", which took place in Berlin. Mr. Georgiou is also the President of EuroDefense Greece.

EuroDefense Conferences are held few times a year. In April this year, Greece was hosting the Presidents' Council and the EuroDefense Conference, which took place within the framework of the 22th International Symposium "European Defence, NATO and EU: The Challenges Ahead" in the Conference Hall of the Secretariat General of Mass Media and Information and Communication of the Hellenic Republic.

Following the greeting remarks, the results of the working groups were presented. The working groups were led by France: "European Defense Equipment Market (EDEM) – European Defense Industrial & Equipment Base (EDITB): Conditions of implementation of the Commissions Instructions", Spain: "The Arab Awakening through the Uprises: Highlights and Shades", United Kingdom: "Cybersecurity", and Germany: "Maritime Dimension of CSDP: European Security and Defense: Reflections for the implementation of a European Maritime Security Strategy".

On the next day, a very interesting meeting in the Federal Ministry of Defense of Germany took place, under the title of "Germany's ambitions for an engagement in the framework of CSDP and NATO". Rear Admiral Thorsten Kahler, Director of the Security Policy, gave a very interesting presentation about the position of Germany on the European Defense.