EU and NATO after the UK Summit, Relations with Russia from a German perspective

On Monday, 3rd of November 2014, the Greek Association for Atlantic and European Cooperation (GAAEC), in collaboration with Konrad-Adenauer-Stiftung Greece Office, organized a round table discussion under the title "EU and NATO after the UK Summit, Relations with Russia from a German perspective". The meeting was held in the premises of the Konrad-Adenauer-Stiftung Office. Dr. Karl Lamers, Vice-President of NATO Parliamentary Assembly and President of the Atlantic Treaty Association, was Special Guest Speaker invited by Mr. Theodossis Georgiou, President of GAAEC. The meeting was attended by Members of the Hellenic Parliament, high-ranking Diplomats, Professors and Experts. 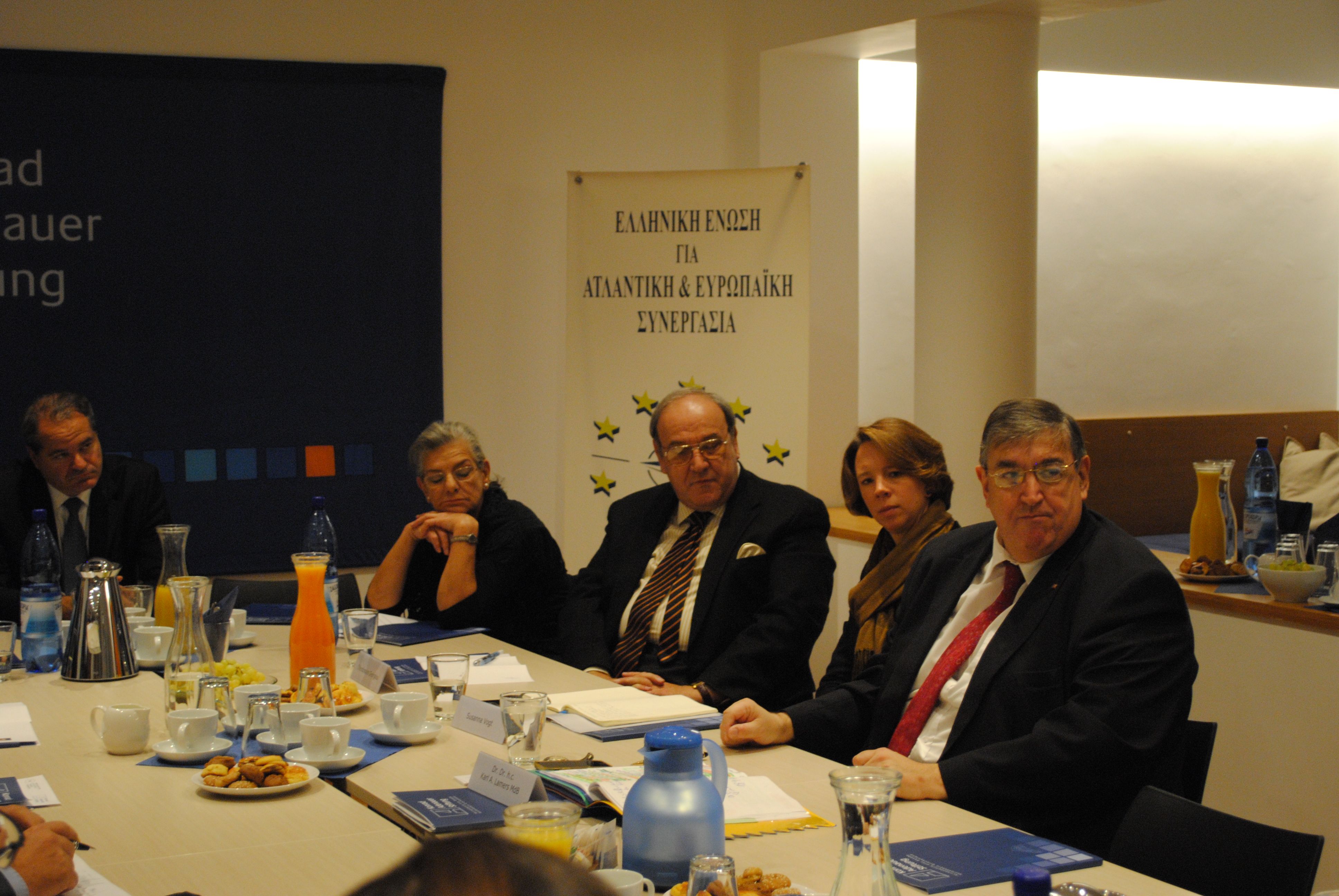 Mrs. Susanna Vogt, Director of the KAS Greece Office, welcomed the guests with warm words and an introduction of the Special Guest Speaker, Dr. Lamers and the GAAEC Board Members who were present. Mrs. Vogt mentioned the great importance of GAAEC's activities, especially in regard to educational programs on security policy. 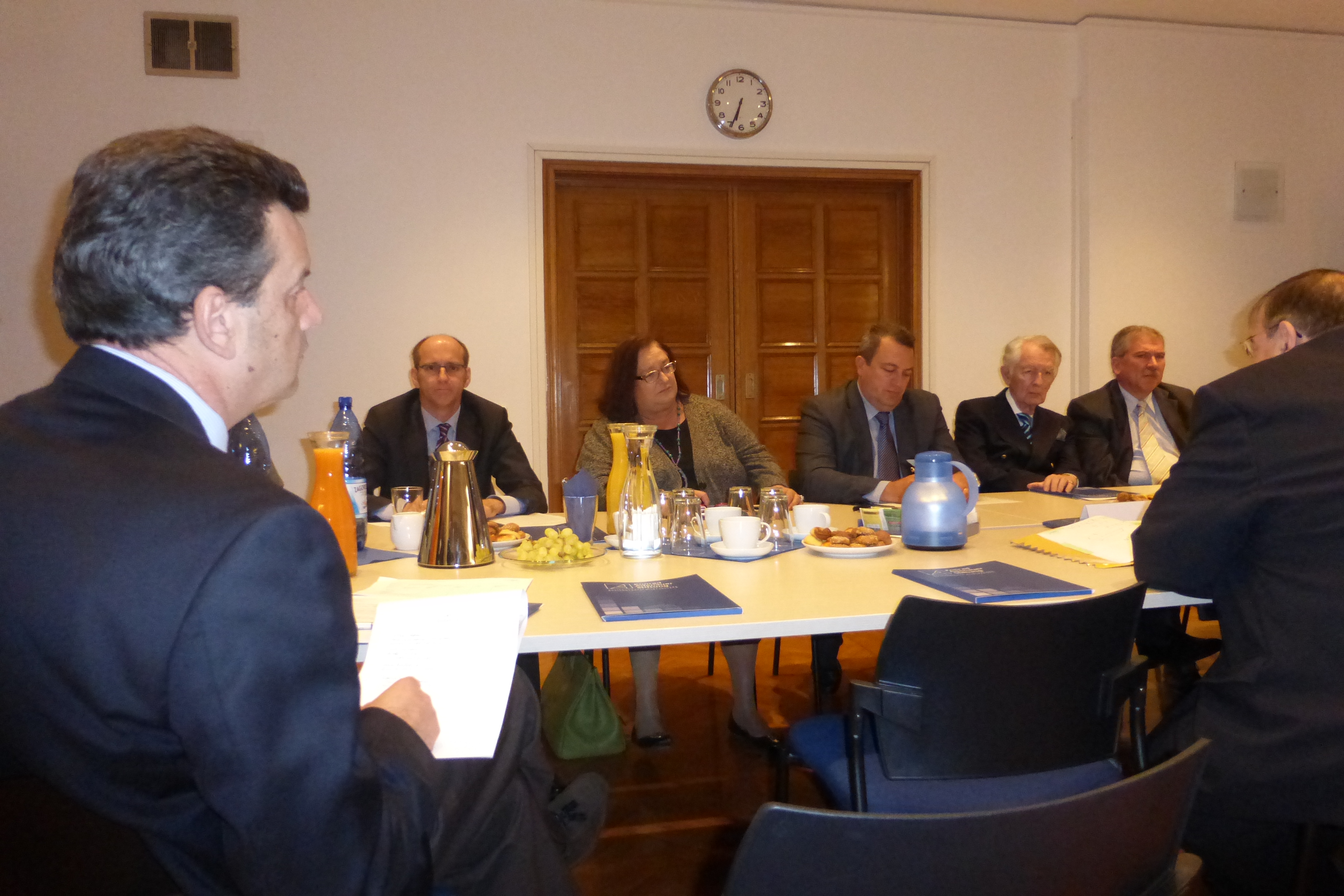 The floor was then given to Dr. Lamers. The main purpose of his visit to Athens was to attend a conference organized by the Hellenic Delegation to the NATO Parliamentary Assembly. The conference was to be held in the Senate Hall of the Hellenic Parliament. Dr. Lamers thanked the President of GAAEC, Mr. Theodossis Georgiou for his invitation and for his great work on Euro-Atlantic cooperation. He recalled the years when Mr. Georgiou himself was President of ATA. His tenure, according to Dr. Lamers, was very successful with a lot of missions in many countries and particularly on the territory of the former Republic of Yugoslavia, a theatre of operation of NATO at the time.

The discussion, held under Chatham House Rule, covered several topics. Among them: The situation in Ukraine, Crimea, Decisions of the NATO UK Summit, Relations of the EU and NATO, Tensions created by Turkish actions on Cyprus' Exclusive Economic Zone (EEZ) , Energy problems, Syria and Iraq and others.