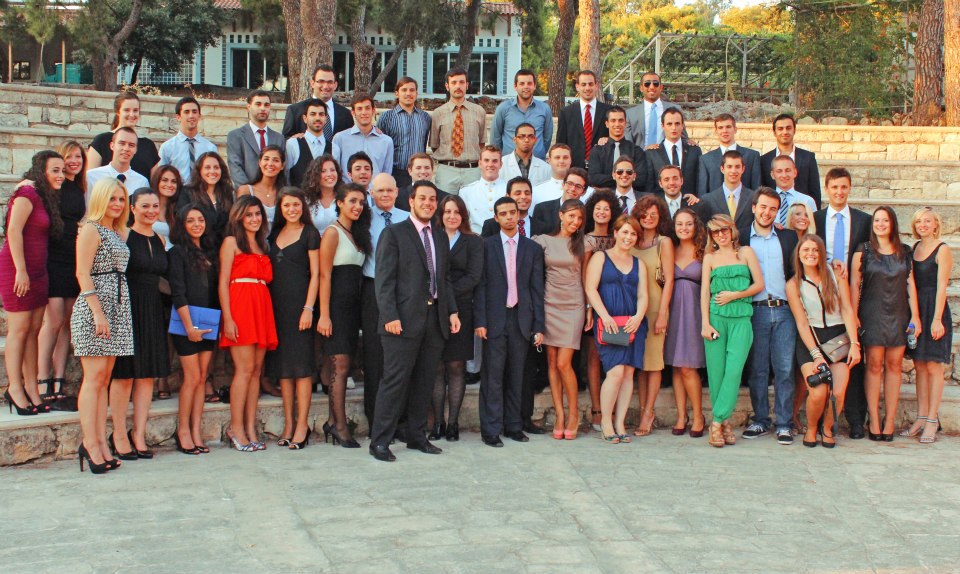 Annual International Institute for Political and Economic studies 2012 organized in cooperation with The Fund for American Studies and Georgetown University has successfully completed. This year the 17th edition of IIPES brought together 54 students from 25 countries - the Balkans, Eastern Mediterranean, Middle East, Eastern Europe and the U.S. to enjoy fruitful time in international environment, to get new knowledge and to learn from each other. As every year IIPES occurred in Chania, Crete.

During two weeks students got a unique opportunity to attend classes held by high level professors as Dr. Antony Sullivan, Dr. Michael Collins, Dr. Faten Ghosn, Dr. Joshua Mitchell and Dr. Petros Vamvakas. The academic program consisted of philosophy, history, conflict resolution and political economy components. Every lesson allowed making a discussion between professors and students, in this way it was possible to analyze each question separately, to exchange opinions between students and to get a deeper view of the problem. Furthermore professors offered their free time for students to have individual and collective discussions in non-formal atmosphere not only about subjects included in academic program but about other actual issues as well. The discussion part showed how many opinions we have and in how many different ways we can see the same problem. This year students took a very active part in discussions and it helped not only to understand the issue better but discussions bounded students with each other as well.

To make study process more interesting, thanks to Greek Association for Atlantic and European Cooperation Chairman Mr. Theodossis Georgiou, students got an unique opportunity to visit NATO Missile Firing Installation Base (Namfi) in Chania where Ms. Allison Hart, Public Diplomacy Officer for the US and Canada at NATO, gave a speech about NATO in the 21st Century. Mr. Theodossis Georgiou and General Ippokratis Daskalakis gave a speech to students as well and involved them in debates about NATO role and aims.

During this institute students got an amazing opportunity to get a wider scope about Greek culture and other cultures. The Culture Presentation showed how different cultures we have around us and at the same time how connected with each other we are. Students showed how proud they are about their countries and cultures and shared historical facts, traditional dances and national costumes, introduced others with traditional food and drinks as well.

After two week intensive formal and non-formal learning course and successful exam passing students were awarded with certificates in IIPES ‘12 Closing Ceremony. The Closing Ceremony was opened with speech presented by Mr. Theodossis Georgiou, Chairman of GAAEC. In Closing Ceremony Mr. Dusan Batakovic, Ambassador of Serbia to France, with his appearance honored IIPES organizers and students and gave an inspirational speech. This year Mr. Batakovic celebrated his 10th anniversary as being a guest speaker in IIPES. Some of the students wanted to share their opinion and experience during these two weeks in Chania and said thankful and heartwarming words to all organizers. Dr. Aliki Mitsakos, the Head of the Hellenic unit of Women in International Security, closed the ceremony.

Formal and non-formal learning during these days was equally important of this educational program, as well as social interaction between students.

Maybe this year MAICh doors are closed but we are full of resolution to keep our tradition and to open the door for new students next year. We would like to thank TFAS Team for cooperation, MAICh Staff for attentive housing and especially to Mr.George Baourakis, Director General MAICh, GAAEC Staff for invaluable involvement and to all students who made things to happen.